COVID-19 Update Please click here to find out more what changes we've been making to help keep you safe. As information about the COVID-19 pandemic rapidly changes, some of the information on this website may have changed. Please check the latest information on our social media before you visit. Thank you so much for your kind understanding.
Map
Download map here

Our Zoo Map are also available in the following languages:

A Window to Nature

The Japan Monkey Centre was founded in 1956 for primate research and conservation. Its other main goal is to give all interested people a wealth of information on their closest relatives. The Japan Monkey Centre runs a unique zoo housing the world's largest number of nonhuman primate species and attracts visitors from all over the world. 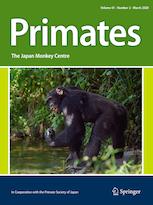 Primates is the oldest English-language Primatology journal, published since 1957 by the Japan Monkey Centre (JMC) through Springer in collaboration with Primate Society Japan. The object of this journal is to facilitate the research on the entire aspect of nonhuman primates in connection with man. Museum section of JMC is taking on the role of delegating editorial board members/advisory board members/editor-in-chief, hosting editorial board meeting, and editorial operation of the journal Primates. 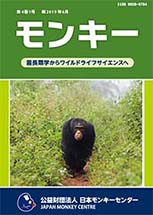 The Japan Monkey Centre (JMC) was proud to revive the 're’brand-new journal, Monkey, on June 23, 2016. Monkey was first published in 1957 and was released regularly by the JMC up until 2001. In 2016, the 60th year since the founding of the JMC, the center recommenced publishing the journal newly subtitled as Monkey: From Primatology to Wildlife Science. (Note: this journal is written in Japanese.) The revitalized journal format comprises 20+ pages featuring plenty of color photographs. The new Monkey, with editions appearing quarterly, has become even more fascinating, informative, and fun. To subscribe, and/or for further information, please click here.

Adults
800 yen
Elementary and junior high school students
400 yen
Preschool children (ages 3-6)
300 yen
Under 2
Free
By becoming a member of the Japan Monkey Centre, you get free admission to the JMC for a whole year. Please click here for further info.

The Japan Monkey Centre is closed every Tuesday and Wednesday; the centre will also be closed on some additional weekdays (although it is open on all Japanese Public holidays). Please check the calendar before you visit: days when the JMC is closed to the public are  shaded in grey .

JMC membership provides great benefits and privileges throughout the whole year. You can also support the JMC by becoming a member. As a member, you get free admission to the JMC, free parking, as well as special access to members-only events.

By becoming a member of the Japan Monkey Centre, you get free admission to the JMC for a whole year, including free parking.

We also hold an exclusive members-only event twice a year. At such events you may: receive news and highlights of what is happening in the center; be treated to a tour of behind-the-scenes areas; take part in fun and interactive activities, and much more!

The Japan Monkey Centre (JMC) exhibits the largest number of nonhuman primate species in the world - ranging from pygmy marmosets to gorillas.

Japanese macaques show the behavior of washing sweet potatoes and other food in the stream in Monkey Valley. They put the sweet potatoes inside the water, and rub them against the rocks. They would do it several times during the whole eating procedure. They also show this behavior with other food including apples.

Sweet potato washing in Japanese macaques was first observed in a natural troop in Koshima Islet, Japan, and was regarded as a pre-cultural behavior (Kawai, 1965; Hirata et al., 2001). Though rubbing behavior is quite common in macaques (Torigoe, 1985), the behavior of rubbing objects inside the water which the monkeys in JMC show is rare and interesting. The interesting behavior could be easily observed when monkeys are given food: The feeding time is 3:30 - 4:00 pm. Please come and enjoy! 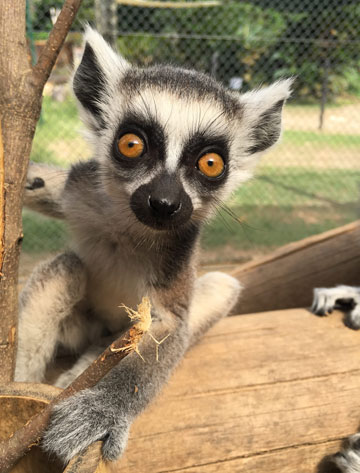 One of the must-see exhibits at the JMC is 'Wao Land', offering a close encounter with free-ranging ring-tailed lemurs. The Ring-tailed Lemur (Lemur catta) population is declining due to unsustainable levels of hunting in the wild. This species was re-assessed as "Endangered" in 2014: two ranks up from its previous "Near Threatened" on the IUCN's Red List. In 2014, the JMC General Director Tetsuro Matsuzawa PhD, at that time also the International Primatological Society President, posted a video message celebrating the birth of the 'World Lemur Festival’ which promotes awareness of lemurs as an endangered species. The JMC continues to strive to optimise the welfare of lemurs housed at the JMC and to promote the conservation of their wild counterparts.

A female baby François's Langur was born in April 2016. This species is listed as endangered on the IUCN's Red List. The populations are rapidly decreasing in the wild, with fewer than 2,000 individuals estimated to be left in China due primarily to habitat loss and hunting. The newborn baby, later named 'Nii', was born coloured entirely gold; completely different from the adults (see the black hair of her mother in the background of in the photo). This all-over golden colour is seen only up until about 3 months of age. Right now, her whole body is black with white cheek patches. 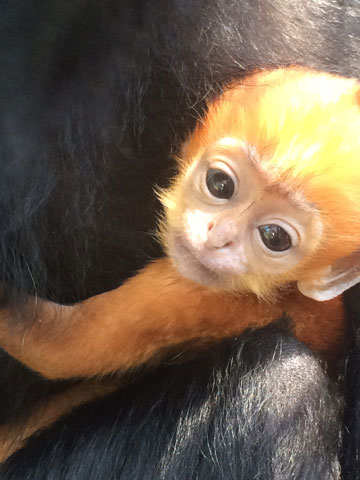 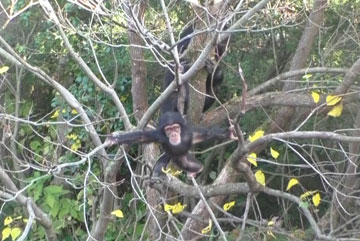 A female Abyssinian colobus, later named ‘Iroha', was born, in July 2015, entirely white in color, completely different to her mum. Infants' body color gradually changes to be the same color as adults, over a period of 6 to 7 months. Colobinae show ‘allomothering' behaviour - females other than the infant's mothers carry and handle them. This interesting behaviour happened in this case too. Another female, ‘Lemmon', began carrying the newborn ‘Iroha' from the very first day. And sometimes during Iroha's early infancy, she was even carried more often by ‘Lemmon' than by her mum ‘Yellow'. This behaviour became less and less frequent as Iroha grew up. Six months passed and ‘Lemmon' became a mother herself. Now, the roles were reversed. ‘Yellow' became eager to carry Lemmon's infant. 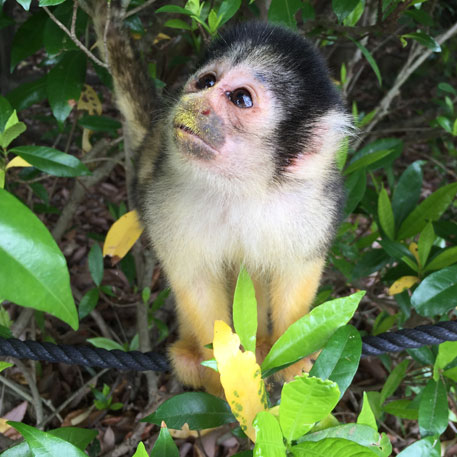 Of all the things that they eat, Bolivian squirrel monkeys love to eat insects most of all. So, they spend a large amount of their time foraging for insects. It's really rare for any insects that have strayed into the JMC ‘Squirrel monkey land’ to live to a ripe old age, because that is where our Bolivian squirrel monkeys are living.
However, having said that, sometimes they do eat other things. The eldest Bolivian squirrel monkey at the JMC is called ‘Otome’. From the look of it, she has just been enjoying licking the honeydew on winterberries. The yellow pollens clinging to her mouth give it away!

Melon the Infant Siamang: Successfully Reunited with Her Parents 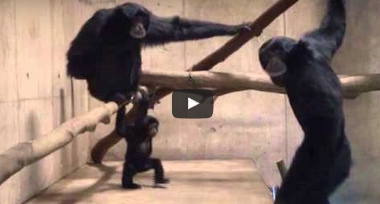 The Japan Monkey Centre has housed siamangs (Symphalangus syndactylus) for over half a decade, since 1959. The family lineage stretches back across four generations. In November 2014, a female infant siamang named ‘Melon’ was transferred to be human-reared when she was two months old. Melon's father began carrying her from very early on, and this actually made it more difficult for her mother to care for her. Her father was careful with Melon, but at that age she needed milk from her mother to sustain her. Her mother did not try to take her back and so could not offer breast-feeding. As a result, Melon became severely weakened. We have been trying very hard, recently, to reunite her with her parents.

Melon, the infant siamang, and her parents have gradually made progress, step by step. They got used to the outdoor enclosure (Melon's former home), and to spending time together, a little bit at a time. Meanwhile, our Zoo caretakers increased the number of hanging supports in the enclosure (made out of fire-hose). Mimicking hanging vines (etc.) in their natural environment, the hanging loops of fire-hose provide flexible structure that the siamangs can easily grab and brachiate between. Brachiation is the natural movement siamangs use to move through the tree-tops: swinging from hold to hold by their long arms. The fire-hose increases the complexity of the enclosure, especially high-up and it also provides a good surface for the young siamang to grip onto securely. Finally, Melon is spending all day every day with her family. For the last three days all has gone well.

We are delighted to learn that the eight former-JMC monkeys are very contented in their new home. We sincirely wish that the monkeys become a symbol of the friendship and collaboration between United States and Japan. For more info, please visit snowmonkeys.org 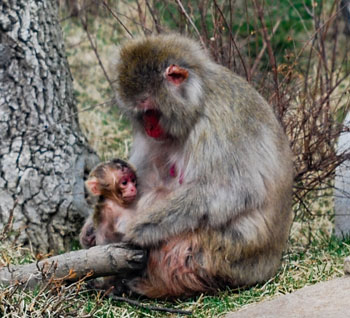 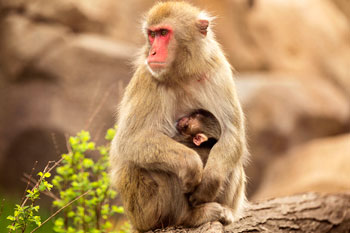 A Former-JMC Monkey Rearing Her Infant in Chicago

Dr. Lydia Hopper, Assistant Director of the Lester E. Fisher Center for the Study and Conservation of Apes, Lincoln Park Zoo, Chicago, sent an enchanting photo of Japanese macaque Ono and her son, Obu. She gave birth to Obu on May 2nd, 2015. 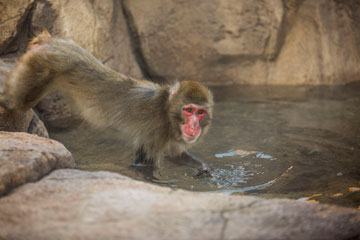 The eight Japanese monkeys have moved to Lincoln Park Zoo from JMC. They are now exploring their new exhibit.

Help us to help nonhuman primates

Your donation will enable us, here at the Japan Monkey Centre, not only to provide a suitably enriched quality of life to the apes, monkeys and prosimians housed at the JMC, but also to help in the conservation of their threatened counterparts living in the wild.

- You can choose, from a range of options, which project you would like your donation to help with.
- Donor names will be posted on our website and printed in our newsletter (excepting donors who wish to remain anonymous).

Please let us know by specifying it on your application form.

Tax Breaks for Residents of Japan

The Japan Monkey Centre (JMC) is a 'Public Interest Incorporated Foundation', certified by the Japanese government to be acting in the service of the public interest. Therefore, all donations to the JMC are eligible for tax breaks: deductible from your taxable income for income tax. 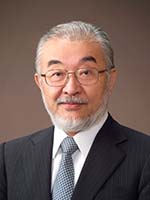 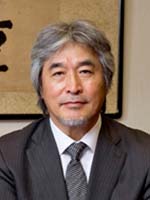 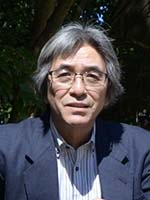 In 1957 the Japan Monkey Centre (JMC) was registered as a museum, officially recognized under Japanese law. From that year on, the JMC has carried out a huge variety of different educational projects to promote nonhuman primates. We have aimed these projects at a wide range of audiences: children and students of all ages, teachers, zoo staff, and academic researchers.

Lectures on particular themes are held regularly by our experienced curators in lecture-theatres seating up to 200 people. The JMC also offers a number of zoo-based activities: guided tours, craft workshops, and other ‘hands-on’ events. There are even some programs available allowing students to gain valuable work experience.

As a museum, the Japan Monkey Centre (JMC) is dedicated to maintain and catalogue stored specimens of the remains of dead animals. The database of our Captive Primate Collection (CaPriCo) will eventually provide detailed information for over 6,300 individual specimens stored at the JMC.

A sub-set of the information on skeletal specimens is already available. We are currently attempting to secure additional funding, to allow us to input and make available all data on skeletal and formalin-preserved specimens of brains, digestive organs and parasite specimens.

One of our foremost goals is to introduce visitors to the world of wild nonhuman primates. The JMC sends members of staff to many different locations where populations of nonhuman primates live in the wild. For example, all JMC staff, including administrative staff, have visited Koshima Island and Yakushima Island to observe Japanese monkeys living in the wild. These experiences make a big difference. Through watching wild nonhuman primates in their natural habitat, we can gather ideas on how best to enhance our captive animals' living environments.

For example, several improvements have already been made at the JMC baboon area after members of staff observed troops of wild baboons, and chimpanzees, in Tanzania. It is unavoidable that there is difference between any captive environment and the wild. However, we do our absolute best to provide the next best environment, as close as possible to that of their wild counterparts.